I have not seen you comment on the social implications of wave structure. Is it useful in predicting such trends?

When you go beyond the 2-dimensional world of market price action, and attempt to predict specific human behavior in the 3-dimensional world, the difficulties increase exponentially because the number of variables increase. But, just like price action, social trends do occasionally reach extremes. If you are aware a wave pattern is about to end, whatever social or economic trend or behavior is popular near that market peak (or trough), it is likely to reverse (or disappear over time) as the market’s new trend matures.

As a result, in late 2007 and early 2008, with the national real estate mania just past its peak (and knowing the stock market was near a top), it was an easy call to predict a drastic change in the popularity and investment potential of real estate. As popularity declined, so would prices. Since real estate had reached an extreme in activity never seen in U.S. history (with the ability to buy a house with no money down), it was obvious real estate would go through a major reversal. It is also easy to predict the downturn in real estate will not be over until it reaches the other extreme (i.e., where most people think real estate is a bad investment, a waste of time and where agents may be embarrassed to admit they sell real estate). That environment is likely to be reached around 2020.

Simply observing popular culture near the end of major market trends made it easy to predict a looming financial crisis in late 2007 and early 2008. Why? Another big trend near the 2007-2008 highs was massive public spending on homes, cars, boats, refinancing (to “extract home equity” to use for more spending and vacations), plus excessive credit card debt. The financial health of the average American, and average U.S. bank, was quickly deteriorating. Over-borrowing and over-spending had reached a zenith, with no where to go but down. As that trend peaked – wave structure was near a major pattern conclusion at the same time. Because of that, it was and remains obvious that the opposite of the above mentioned financial, real estate and credit trends would eventually result in little to no credit being available to the public, little-to-no interest in housing and real estate and most people eventually operating on a cash-only basis, buying only what they can afford and living below (not above) their means. For the same reasons, in about 10 years or less, being an investment banker will not be cool or desirable, either.

Back in early, mid and late 2000, I was warning customers the stock market was topping and about to begin a 1-2 decade correction. At the time, most laughed and thought my prediction of a 50% drop in the Dow (60% for the S&P and 70% for the Nasdaq) was just silly and not worth consideration. At that time, wave structure was very clear, so I was absolutely certain a 10-20 year correction was beginning. That meant economic conditions would continuously deteriorate for 1-2 decades. But, since I had not personally experienced a 20 year stock market correction, I was not prepared for how long it would take (8+ years) for economic conditions to noticeably deteriorate. My initial assumption was the economy would “fall off a cliff” as the stock market dropped 50%+. That did not occur. I now realize the size of the correction determines how quickly things will deteriorate. If a large correction lasts 1 year, it means all the phases of deterioration must occur during that 1 year period. In this case, the correction will be about 20 years, so all the elements you might expect to occur still happen, but they move in “slow motion.” That means economic conditions will reach their nadir around 2020.

After the 2000 stock market high, I initially assumed the economy and the world would quickly dive into a severe recession and there would be no turning back for a long time. What actually occurred was the economy quickly adapted to the new realities with conditions and public sentiment not nearly as negative as expected. I was at first perplexed by those developments. Eventually remembering that market conditions do not get bad until the middle or end of a correction, it dawned on me (in late 2002 or early 2003) that economic conditions were not deteriorating quickly because the market had nearly two decades to go before the correction was over. In late 2007 and early 2008, knowing the S&P was finally getting close to the mid portion of the bear market (starting at 2000’s high), I was more confident economic conditions would begin to deteriorate. It also became clear the S&P could drop below its 2002 low in a relatively short period. Being way past the beginning of the correction, I was certain conditions would be much worse this time around than in 2002 and 2003. Also, the 2000-to-2020 correction – being of one SMALLER degree than the 1929-1949 bear market – should also experience conditions like those of the early/mid 1930’s, but of one lower degree in severity. So far, that appears to be true.

So, when it comes to predicting markets using price action, it is far easier to track your results and get quick indications of whether you were right or wrong about your assumptions. Social and economic prediction requires a far greater level of understanding with many complexities so great that they simply cannot be predicted with any accuracy. 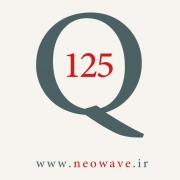 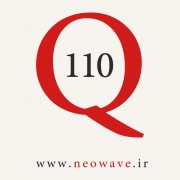 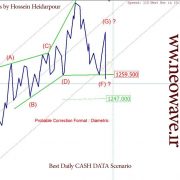 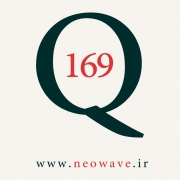 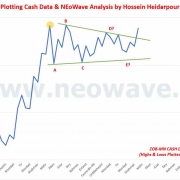